Boy, it was such a simpler time back on April 16, when I posted my original Playoffs Power Rankings. Steph Curry had two healthy feet and a non-sprained right knee, coming off a historic regular season and ready to become immortal. Chris Paul’s traffic finger was whole. Russell Westbrook was an unquestioned superstar (good call, Mark Cuban!). The NBA’s finest hour was upon us. Now just a week and some change later, the Western Conference has been turned on its head as NBA fans have lost the two best point guards in our lives. A rematch of the horrible 2007 Finals seems unavoidable. If it happens, the Cavs are much more competitive now than the first time they faced the Spurs in the Finals; yet we will still likely feel cheated, even if it’s a seven-game classic. But, alas, we’re getting ahead of ourselves. Behold, the second installment of our Playoffs Power Rankings…

It’s April and the season is over for 14 NBA teams. We have one last team to examine – the Utah Jazz, who were eliminated on the final day of the regular season. For a breakdown of the other 13 teams click on the “NBA Graveyard 2016” section.

The Utah Jazz, man, somehow, managed to die at the impotent hands of the 2016 Rockets and 2016 Kobe Bryant… 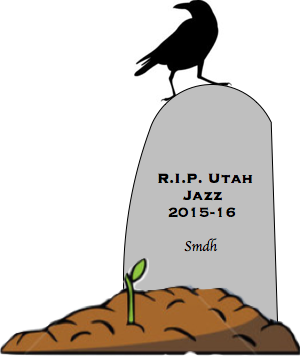 Postmortem: The Jazz were straight-up abused this year. Many jokes have been made about their role as the Washington Generals in Kobe’s 60-point explosion in the final day of the regular season. But the Jazz – who found out just before the Kobe game that they were eliminated from the playoffs – were victims of oppositional brilliance all season. In NBA Countdown’s video of the top 10 plays of the 2015-16 regular season, four of those plays came at the expense of the Jazz. In a 30-team league what are the odds that 40 percent of the best plays (admittedly subjective, but still) of a season would occur against one team?

END_OF_DOCUMENT_TOKEN_TO_BE_REPLACED

Friend of Down on the Block Jay Dulla traveled over 1,400 miles to witness the career finale of his basketball hero, Kobe Bean Bryant. He dutifully recounts his experience below for those of us who could only tune in on ESPN2. Enjoy!

Coming Down Off A High / Was Kobe Worth the Trip?

It’s been a week since the (probably) forced resignation of Sam Hinkie, ending the great tanking experiment of the Philadelphia 76ers and inspiring one last wave of think pieces about the “Process”. Fear not, this won’t be yet another profound critique of Hinkie’s three-year reign. Besides nothing can top Hinkie’s own rambling, TED Talk-esque manifesto of a resignation letter.

Instead, something that Zach Lowe said on his podcast piqued my interest and I’d like to explore it further. In the Lowe Post episode that followed his podcast with Hankie (weirdly, one day prior to Hinkie’s resignation), he pointed out that just about everyone has tanked at some point or another, so it’s somewhat hypocritical to say what Hinkie pulled was some sort of radical new ground. Perhaps the Sixers went overboard with the strategy, but no NBA team is above tanking. Not the Celtics, not the Lakers, not even the high-class Spurs. Below, we’ll go through each NBA team, examine a season in which they tanked and what came of each tanking. See the Warriors’ section to understand the successful tanking equation: one part sheer luck meets one part smart drafting. Hinkie had neither ingredient, hence why he is out of a job – bottom line.

A History of Tanking END_OF_DOCUMENT_TOKEN_TO_BE_REPLACED

It’s April and that means the season is effectively over for a number of NBA teams. We’ll be picking through the remains of the fakers, pretenders and never-had-a-chancers to determine what went wrong. This entry will be unique, as we are mourning two teams simultaneously, as they are forever linked due to their collective disappointment. Everyone is to blame in the demise of these two.

We lay to rest the Chicago Bulls and Washington Wizards together, two teams that half-assed their way through disappointing seasons, and thus, don’t deserve separate graves.

Postmortem: In a deviation from our normal NBA Graveyard format, let’s take a quick look at the Bulls’ and Wizards’ failings at each level of the organizations. Everyone fell short of expectations, starting with the men upstairs: END_OF_DOCUMENT_TOKEN_TO_BE_REPLACED 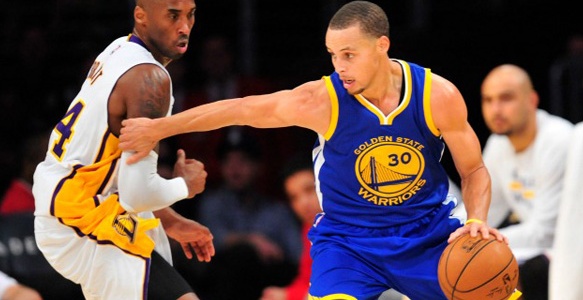 What a night of basketball! The most memorable final day of the regular season in NBA history (with apologies to George Gervin and David Thompson) happened last night, with the Warriors breaking the all-time single-season wins record and Mamba going for 60 freakin’ points in his swan song. Kobe took 50 shots in his final game – could it be any other way? – but unleashed vintage clutch Kobe one last time, winning the game for the Lakers singlehandedly.

Insane. Kobe may have stolen the spotlight, but don’t kid yourself. This Warriors season will never be duplicated. Lukewarm take: with the pressure to break the wins record off and the team fully healthy, look for GSW to roll through the first two rounds of the playoff. I don’t see a let down happening. Beat the Spurs and Cavs, achieve another level of immortality.

Down on the Block
Blog at WordPress.com.