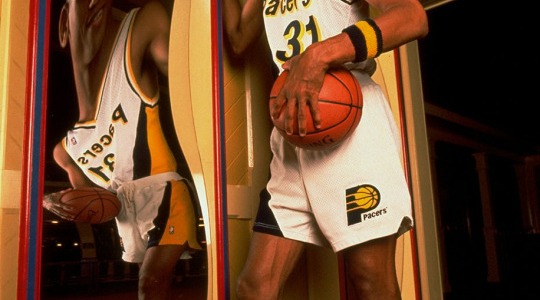 So the NBA All Star rosters have been announced and now we wait for King James and Steph to pick their teams. Everybody on the Internet is doing a Mock Draft and I can’t resist joining the herd. One little wrinkle, though. Since the NBA seems to be sticking to its guns on not televising the inaugural All Star draft, a missed opportunity that I’m confident they’ll rectify in years to come, the potential exists for some real head scratchers. With less accountability in play, James and Curry have the freedom to get weird. The picks below would create absolute havoc in the NBA world should they come to fruition. Let’s get to it. But first, from ESPN.com, here are the ground rules:

LeBron #1 – First of all, a bummer that LBJ can’t select any of his super friends in this spot. That’s because Dwyane Wade and Carmelo Anthony have had the GOAT lockdown defender, Father Time, on their heels lately, while Chris Paul missed too much time due to injury to make it. So that leaves his newest frenemy as the WTF number one overall pick. That’s right, Kyrie and LBJ reunited and it feels so…awkward. Methinks James misses his old running mate every time he’s on the bench watching Isaiah Thomas or Derrick Rose try to run the Cavs offense. Plus, Kyrie seems much happier in Boston. So in a petty move, LeBron gets to take the ball out of his old teammate’s hand once more. [Logical world – Kevin Durant]

Steph #1 – Anthony Davis. Ever the shrewd operator, Curry and his Warriors buddies begin the courtship of AD as the next super cog in their unstoppable Death Star. You might think this pick would piss off KD, but rest assured, it’s all part of the larger plan. “Light years ahead” and all that. [Logical world – James Harden]

LeBron #2 – ABR, Always Be Recruiting. The second Pelican comes off the board as LeBron shows some love to Boogie, in a Hail Mary attempt to get the mercurial big man to demand a trade deadline deal to the Cavs. LeBron’s squad is sinking fast and he’s never played with a truly dominant center. I doubt the Brooklyn pick, Kevin Love and whatever else is enough to get Boogie right now, but GM LeBron is grasping at straws. Might as well try to feed the big man’s ego while you’ve got the chance. Hell, he can even tell Demarcus he picked him No. 1. [Logical world – Giannis]

Steph #2 – Giannis. Curry’s claim that he might pick all guards was a total smokescreen. Give him all the near 7-footers he can get (mostly for offensive rebounding purposes) and hence, a monopoly on his team’s 3-point attempts. [Logical world – AD]

LeBron #3 – Durant. He is sure to be the heir to the throne, so James will force Durant to address him as “Captain” all weekend. Plus he will be drawn to KD’s defensive prowess, given the Cavs’ sieve-like D. Not that any defense will be played in the ASG, but bear with me. [Logical world – Cousins]

Steph #3 – Steph goes for more height and all the memes with Joel Embiid. I have a feeling these two will have a lot of fun together. [Logical world – Embiid]

LeBron #4 – James Harden. Steph’s gamble on size leaves a gift on Team LeBron’s doorstep. With this pick, a well-rounded starting five is in place for the King to work with. [Logical world – DeRozan]

Steph #4 – DeRozan by default. A great year for DeMar, but he’s clearly the lowest starter on this totem pole. His slashing combined with a newfound proficiency for the 3-ball could make for an intriguing backcourt pairing with Curry, though. [Logical world – Kyrie]

Steph #5 – Call it Stephen and the Unicorns, as Kristaps Porzingis comes off the board, joining the towering freakishness of Giannis and Embiid. Man, this would be fun. [Logical world – Russ]

LeBron #5 – Draymond Green. A charitable LeBron forgives all nut punches and bolsters his team’s defense. He now has two Warriors to Steph’s zero. Eyebrows are raising in the Bay. [Logical world – Jimmy Buckets]

Steph #6 – Curry goes for another freak in Russell Westbrook. The catch is Russ only gets to play when Steph is off the floor. [Logical world – Draymond]

LeBron #6 – Klay Thompson. And LeBron’s troll job is complete as he ends up with all of Steph’s teammates. Effectively he tells Steph, “You look pretty good with these guys. Just wait til you watch me work.” [Logical world – Towns]

LeBron #7 – More defense. He snubs Kevin Love and his fake-cough for Jimmy Butler. Now with Jimmy, Klay, Dray and KD, he can once again feel what it’s like to be formidable on both ends of the court. Best believe he’ll be subtweeting the Cavs in the lead up to All Star weekend because of this. [Logical world – Beal]

Steph #8 – Kevin Love. This is an attempt to get back at LeBron by picking his teammate, but it falls flat, since LeBron is already working on trading Love for Boogie. Foiled again, at least Steph has added some more shooting. [Logical world – Porzingis]

LeBron #11 – And Al Horford is Mr. Irrelevant in this version of events. But another elite defender for Team James. [Logical world – Horford]

Scouting report: Well-rounded, can play a lot of D and boasts LeBron, KD and Harden. Vegas has Team LeBron opening at -7.

Scouting report: A truly weird team but frightening in its potential. A big lineup of KP, Embiid, Giannis and Davis with Russ running point? How about a Curry-DeRozan-KAT-AD-Giannis spread offense? These guys are underdogs, but would you bet against them?

We’ll check back in once the real picks are made. May weirdness carry the day over boring logic.